Last July Thom Blake and I visited Gracemere, the homestead built by the Archer brothers in the 1850s. This visit was part of our study of Queensland timber buildings from the time before sawmills. 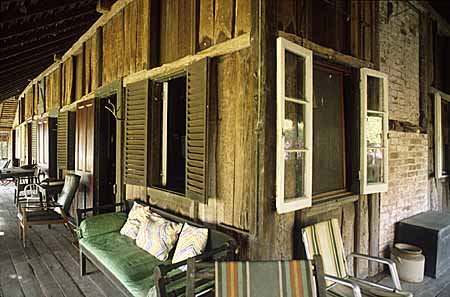 Gracemere is still owned and occupied by the Archer family. We sat on the verandah with Jim Archer. He served tea and cake and talked about the place with a quiet fondness and evident connection. He had been ill, but the doctors had told him his cancer was in remission.

The house was designed by Colin Archer (1832-1921). Colin later made a career as a naval architect and shipwright in Norway. He designed and built the polar vessel Fram in 1892, for Nansen’s Arctic explorations. The schooner later carried Amundsen to Antarctica for his journey to the South Pole. 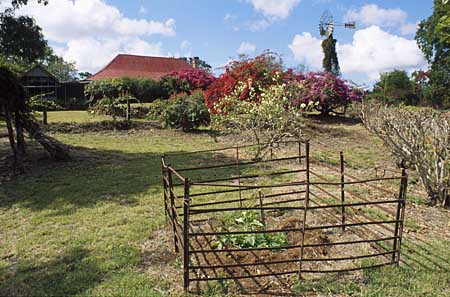 The homestead looks over a perennial lagoon — the mere in the name Gracemere. A wonderful old garden extends from the house towards the lagoon. The paths and beds of the garden are formed by stone walls built by ex-miners after the Canoona gold rush fizzled in the late 1850s.

We walked around the garden with Jim Archer, and heard the stories of the various shrubs and trees — where they came from, who had planted them, and what had died and been removed. A newly planted shrub was fenced with wrought iron hurdles (left over from the earliest days of the station). 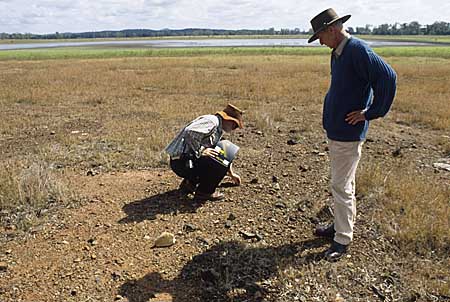 As we walked along the edge of the mere, Jim Archer pointed out the remains of Aboriginal campfires, and talked about the different forms of stone tools scattered around the landscape. 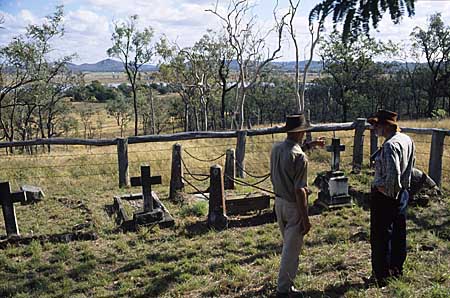 We visited the private cemetery. Jim talked about the people buried here, and pointed out the different grasses, and talked about how each responded to the seasons. 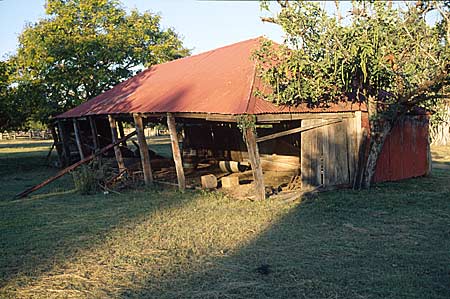 We looked at each of the buildings and discussed their state of health. If nothing is done soon, this shed will fall over. We talked about ways to prop it up and make it stable. Do as much as necessary, I said, but as little as possible. Jim Archer agreed with the idea of keeping the evidence of how the building had been built and adapted. We all hoped to get into this subject more deeply next time we met.

Thom and I parted with Jim at the homestead, and drove back towards Rockhampton. We stopped to look at a small tamarind tree recently planted in the avenue along the entrance drive. It was fenced around with more of the old sheep hurdles. This small repair summed up the careful way the Archers have looked after the place for so long.

Postscript: In November 2000 I heard that Jim Archer had died.